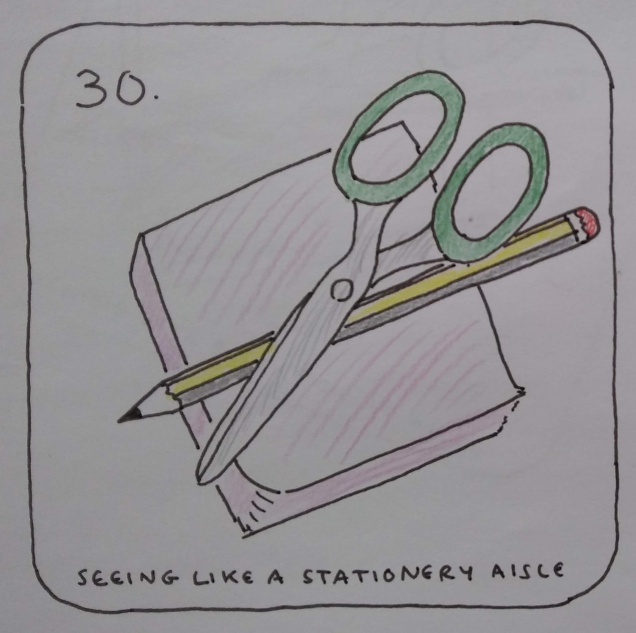 Why do I even care? I can think of a couple of reasons. Part of it is that in the last year or two I started to get a deep appreciation for the fact that we engineer the world to conform better to rational systems. I’d undervalued this before, and I still need to read more on this subject – Sorting Things Out and Seeing Like A State seem like obvious choices – but today is going to be more just freeform thinking about specific examples.

The other reason is that a while back I was watching Brian Cantwell Smith’s talk on ‘The philosophy of computation: meaning, mechanism, mystery’, and he had something interesting to say about digitality:

Digitality… is an extraordinarily interesting metaphysical notion, poorly theorised, interestingly enough, there’s very little philosophy of digitality. What I think is powerful, that Haugeland [I think, audio is hard to hear] recognised, is that implementing something digitally is a fabulous way of providing insurance against the mess of the world below.

Stationery provides a lot of examples of ‘proto-digitality’, in a sense that should be made clearer by the examples below. They’re not as binary and noise-free as electronic bits, but the purpose of a lot of types of stationery is to carve the world into X and not-X in ways that are relevant for the current task. This is another kind of ‘insurance against the mess of the world below’. That’s why paper and envelopes and filing cabinets and staples are so important to any kind of pre-electronic bureaucracy.

I think this is all going to become a lot clearer if I stop waffling and start going through specific types of stationery like I’ve just wandered in from Mars and am trying to understand what they do for the first time. The rest of this post is just a list of them, in whichever order they come into my head.

Envelopes. This is a very simple kind of proto-digitality. Everything inside the envelope is X, and everything outside is not-X. The envelope provides a way to transport what we would normally consider to be several things, like individual sheets of paper, as one single thing.

Wrapping paper. This is similar to the envelope, but also needs…

Sellotape. This seals up the edges of the packages to complete the boundary between X and not-X. It can also attach two separate things together to become one thing (like sticking a worksheet into an exercise book, so that the worksheet becomes ‘part of the exercise book’).

Hole punches. You can punch holes into a bunch of individual sheets of paper you consider to be X to then add them to a…

Folder. Similar to an envelope again.

Staples. Also similar function to an envelope, but a minimalist one that just does the categorisation and doesn’t protect the item in transit.

Paper. The workhorse of bureaucracy. Already come up in several of the examples above. I think it’s more raw material for dividing things into categories, rather than category division itself? Rather than dividing up a pile of objects, which may be large and messy and intractable, you divide up pieces of paper that represent them in some way. These are repeatable and stackable in a way that the objects aren’t.

Pens and pencils. These have a lot of uses, not all of which are necessarily ambiguity reduction. Shoving all of writing into that category is probably a stretch. But consider a simple example where you mark some pieces of paper with a triangle, and some with a circle. (Or any other distinguishing marks you like.) Then you’ve created two categories.

Scissors. Sometimes used to cut one thing to make it into two things, or to cut round a border between ‘stuff you want’ and ‘stuff you don’t want’. But there are other uses, like snipping the edge off a pack of frozen peas or cutting out a Christmas snowflake, that don’t fit so obviously.

Eraser. Tool to repair deviations from intended categorisation. E.g. you meant to write ‘eraser’, but you wrote ‘ersaer’, which isn’t a thing, so you rub out the offending mistake and try again.

Pencil sharpener. I feel like this is just a tool for fixing another tool, rather than anything to do with ambiguity reduction itself.

Post-It note. Attaches metadata to an object, with the added feature that you can remove it later, unlike marking with a pen directly.

Highlighter. Distinguishes some areas of a page as ‘important’ by visually separating them from the rest.

OK that’ll do for now. Feel free to argue with any of these in the comments, or add more examples! I literally just typed them out and then hit Publish, so there will be a lot of subtleties that I missed out.